Rev. Will B. Brock received a mandate to plant a church in the City of Rochester, New York. As he sought direction from the Lord on how this should be done, he started by faith. There were many that doubted him, but Rev. Brock believed and continued to seek, find and follow the will of God in this matter. The Ark of Jesus Church was established in July 1977 with eight founding members. With God leading this work in 1978, the first properties were purchased at 24-26 Ritz Street and 63 Hebard Street which were converted to the primary worship facility for our Sunday and mid-week services along with other functions. From the start Rev. Brock said God had not called him to be the Pastor. After much prayer, it was revealed that a person in the congregation was to be the set man of the house.

An additional time of seeking God was had. In October 1981, Rev. Will B. Brock resigned from the office of Acting Pastor giving thanks to God for Pastor David J. Singleton who is to be the set man. Since that time, God has richly blessed this work and entrusted to Bishop David J., Elect Lady Dawn Singleton and Ark of Jesus Ministries a major kingdom assignment. Ark of Jesus Ministries is a very kingdom focused and community minded church. Our assignment requires us to make an impact in the neighborhood where we’re located, the region where we live, in the nation of which we are a part, and the international community in which we abide.

Ark of Jesus Ministries is a multi-culturally diverse ministry whose surrender to God requires application and demonstration of His Love, Word and Power among men. Through this ministry yokes have been destroyed, deliverance has come; souls have been saved and edified, whereby we give God glory. Young people have received Jesus as their personal savior and are reaching other youth for the cause of Christ. We have young people who have demonstrated genuine change by a touch from the master’s hand. Our seasoned (senior) saints have and do enrich the lives of all that the Lord sends into the house. The Vision is activated to affect lives near and far, that they might be changed forever by the power of Jesus Christ, through the agency of the Holy Spirit and for God’s glory. Our assignment is to bear much good fruit and fruit that remain according to John 15:8, 16. Be it known unto you “The Vision is Activated and the Best is in Process” 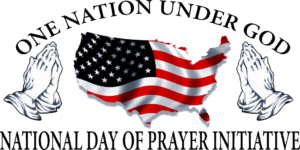 We will gather in front of City Hall 30 Church St. and free parking is...
View Calendar

You may have missed